US election seen from the UK: "Piggy in the middle" 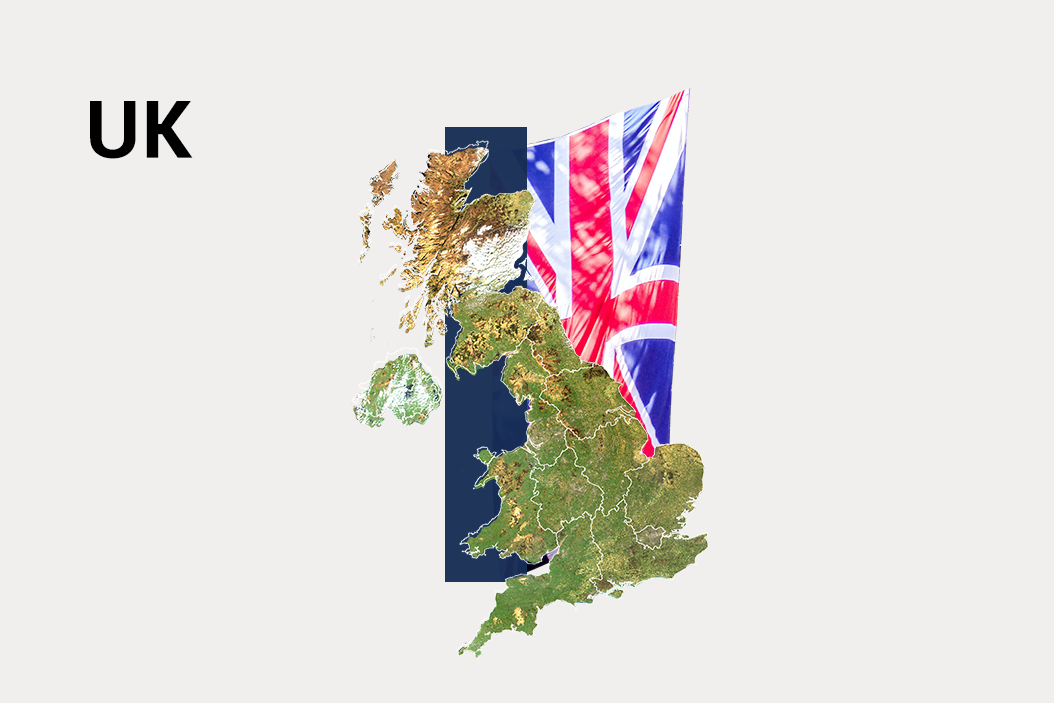 Peter Foster is the public policy editor at the Financial Times in London. Our conversation has been edited for length and clarity.

Gabrielle Debinski: How much do the British people and government care about what's going on with the US election?

PF: You know, American elections are always box office events, even in the UK, but there is a lot going on here at the moment. There is a huge amount of fallout from the coronavirus crisis. A lot of unemployment coming down the tracks. And [recently] a big scandal about the handling of school examination results because exams didn't happen. So those domestic concerns override the impact of the US election immediately.

But Donald Trump is clearly an absolutely global figure, and he's very unpopular in the UK. So the question as to whether or not Donald Trump survives or not, which I suspect is the way most British ordinary people would frame the election, is one that does resonate over here.

GD: How would a Biden foreign policy towards the UK be different from the Trump administration's over the past four years?

PF: If you're the British government, like everybody, you've had to deal with the capriciousness, if that's the right word, of the Trump White House.

British governments are always, to some degree, at the mercy of the whims of the White House.

But with Donald Trump, it's sort of unique, almost on a daily basis. It is extremely difficult to deal in a sort of standardized way with Donald Trump. And I think we've seen, you know, those governments that have done well with Trump — "Bibi" Netanyahu in Israel and the Saudis, who are used to dealing with strongmen.

The British government, frankly, despite its Brexiteer credentials — which Donald Trump obviously is nominally in favor of — has struggled to adjust. And therefore, one of the things I think they will be hoping for from a Biden White House, if it comes to that, is stability, the reversion to familiar patterns, to consistency, to the old world, as they would see.

GD: On the surface Boris Johnson has enjoyed a very amicable relationship with President Trump. Do you still think that the British government is hoping for a return to the "predictability" that would come with a Biden administration?

PF: They would never say that but I wouldn't be surprised if there wasn't a certain amount of relief in the British government if a Biden administration gets in there.

Boris Johnson and Donald Trump are nominally more "pally" but it's also true, I think, that, for example, on Huawei, Trump "bawled out" Boris Johnson down the phone over his decision initially to allow Huawei to take part in 5G network. So to suggest that it's been a rosy relationship just because a Brexiteer Boris Johnson has been in Number 10 [Downing street], I think is simplistic.

The question perhaps is more that, if Biden gets in, is the British government overestimating what the return to the new normal would be? I think with Brexit, with the UK being on its own, London is going to have to adjust to being "piggy in the middle" between Brussels and Washington in terms of trade, and will have to triangulate much more actively its diplomatic relations between Washington and EU capitals — as well as its new trade partners in the Asia Pacific. I don't think a Biden administration suddenly solves all those problems, which are, you know, the result of the UK's decision to quit the European Union.

GD: I want to turn back to the to the domestic issues you mentioned. The British government's furlough scheme — a response to the COVID-induced economic crisis — is is set to end in October. What comes next once that scheme ends?

PF: When the furlough scheme ends, the fiscal anesthetic wears off from the coronavirus crisis. You could see a really, really difficult autumn coming down the tracks for the British government just when your election is taking place in the States.

Trade groups here are already talking about unemployment — bloodbath unemployment — going back to the levels it was in the early 80s, which would be incredibly difficult at a time when coronavirus numbers will probably be going up seasonally with the winter, and the British government will be absolutely in the kind of white heat of a Brexit negotiation [Ed: on trade relations with the EU, which is supposed to be completed by the end of the year]. The British government will be juggling those three balls come election time in November. It will have a lot on its mind.

GD: Looking back now, how much did the outcome of the 2016 election affect relations between the US and UK?

PF: It's a really good hypothetical question. I think if Clinton had won, Europe, Brussels, and Paris would have been much less jumpy about Brexit and therefore might have been more accommodating to the UK, less defensive in its negotiations.

We have ended up with the hardest possible Brexit as a result of that, because, if you remember 2016, the referendum happened for the UK to leave the EU and then Donald Trump won that election — that shock election victory — and suddenly, Trump was really trolling Germany and coming out and questioning the value of NATO. It felt like there was a sort of populist revolution going on all around the world and Brussels felt it was the last bulwark against that and therefore it dug its heels in really quickly.

With a Clinton foreign policy, we would have seen continuity with the climate change agreement. We would have seen the JCPOA [with Iran] persist. It would have felt much more normal, I think, much less mercantilism, much less confrontation with China. And I think that background probably would have made it easier for the UK to transition into its new world post Brexit.

GD: Is Downing Street jumpy about the increasing hostility between the US and China?

This government has always tried to hedge its bets. Investment rates in the UK from China are much higher than they are across the rest of Europe. But, you know, the UK has had to hedge its bets on Huawei because of the Trump White House.

Even if it had remained a member of the EU, the UK would have struggled to be "piggy in the middle" between Washington and Beijing, as they are at the moment.

A Myanmar engineer striving to do “the right thing”

Khant Thaw Htoo is a young engineer who works in Eni's Sakura Tower office in the heart of Yangon. As an HSE engineer, he monitors the safety and environmental impact of onshore and offshore operations. He also looks out for his parents' well-being, in keeping with Myanmar's traditions.

Learn more about Khant in the final episode of the Faces of Eni series, which focuses on Eni's employees around the world.

On his first day as president, Joe Biden signed a remarkable series of executive orders. Boom! The US rejoins the Paris Climate Accord. Bang! The United States rejoins the World Health Organization. Pow! No more ban on immigration from many Muslim-majority countries. Biden's press secretary reminded reporters later in the day that all these orders merely begin complex processes that take time, but the impact is still dramatic.

If you lead a country allied with the US, or you're simply hoping for some specific commitment or clear and credible statement of purpose from the US government, you might feel a little dizzy today. The sight of an American president (Barack Obama) signing his name, of the next president (Donald Trump) erasing that name from the same legislation/bill, and then the following president (Biden) signing it back into law again will raise deep concerns over the long-term reliability of the world's still-most-powerful nation.

Stopping the debt spiral in the world's poorest nations

"There needs to be a dramatic and deep reduction in the amount of debt on the poorest countries. That's clear." As the world's poorest nations struggle to recover from a devastating pandemic, World Bank President David Malpass argues that freeing them of much of their debt will be key. His conversation with Ian Bremmer is part of the latest episode of GZERO World.

Listen: Renowned tech journalist Kara Swisher has no qualms about saying that social media companies bear responsibility for the January 6th pro-Trump riots at the Capitol and will likely be complicit in the civil unrest that may continue well into Biden's presidency. It's no surprise, she argues, that the online rage that platforms like Facebook and Twitter intentionally foment translated into real-life violence. But if Silicon Valley's current role in our national discourse is untenable, how can the US government rein it in? That, it turns out, is a bit more complicated. Swisher joins Ian Bremmer on our podcast.

Ian Bremmer discusses the World In (more than) 60 Seconds:

Biden's first scheduled call with a world leader will be with Canada's Justin Trudeau. What's going on with the Keystone Pipeline?

Well, Biden said that that's it. Executive order, one of the first is that he will stop any construction or development of the Keystone Pipeline. This is of course an oil pipeline that would allow further oil sands oil to come to the United States. The infrastructure is significantly overstretched, it's led to backlogs, inefficiency, accidents, all the rest, but it also facilitates more energy development and keeps prices comparatively down if you get it done. So, there are lots of reasons why the energy sector in Canada wants it. Having said all of that, Trudeau, even though he's been a supporter of Keystone XL, let's keep in mind that he did not win support in Alberta, which is where the big energy patch in Canada is located. This is a real problem for the government of Alberta, Canada is a very decentralized federal government, even more so than the United States. The premier of Alberta is immensely unhappy with Biden right now, they've taken a $1.5 billion equity stake in the project. I expect there will actually be litigation against the United States by the government of Alberta. But Trudeau is quite happy with Biden, his relationship was Trump was always walking on eggshells. The USMCA in negotiations ultimately successful but were very challenging for the Canadians, so too with the way Trump engaged in relations on China. All of this, the fact that Trump left the nuclear agreement with Iran, the Paris Climate Accords, WHO, all of that is stuff that Trudeau strongly opposed. He's going to be much more comfortable with this relationship. He's delighted that the first call from Biden is to him. And it certainly creates a level of normalcy in the US-Canada relationship that is very much appreciated by our neighbors to the North.

Stopping the debt spiral in the world's poorest nations

How can the Biden administration rein in Big Tech?

The importance of Kamala Harris